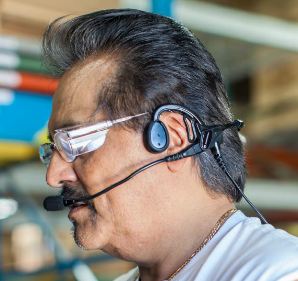 Temple transducers are available for most Motorola 2-way radios and are the only audio accessory that keeps your communications discreet without covering your ears. Loud and clear radio transmissions are received using transducers that rest on each temple. The ears are uncovered so you will hear normally when there is no radio traffic. People close by will not hear radio messages keeping your communications private.

Use Temple Transducers in High Noise Environments with Earplugs

when working on loud machinery. Maryland based Spring and Associates performed a comparison on their job site with extreme machinery noise using MOTOTRBO XPR6550  radios. The PMLN5101 temple transducer was preferred except when extreme noise levels approached 130dB.

Choose the Correct Temple Transducer for Your Radio

Motorola offers temple transducers with connectors for most of their radios. The new APX series radios have a direct wire connector and a new boomless model that is compatible with the APX display microphone.

The boomless RMN5116 is the correct choice if you use a APX display remote speaker microphone.

The standard temple transducer with the XTS series connector is the RMN4049. There is also a more rugged version, RMN5049, that includes an adjustable headband keeping it more secure when repelling, jumping, or performing other physical activity. These are also compatible with HT1000, JT1000, MTS2000, MT2000, MTX8000, MTX9000, XTS3000, and XTS3500. 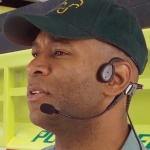 All Motorola XPR 6000 and 7000 series radios are compatible with the PMLN5101 temple transducer. An oversized PTT and coiled cord is included.

There is a rugged version, RMN5048 with an adjustable headband too. Both have a large PTT body switch.

The Motorola EX radio compatible temple transducer is the PMLN4585. 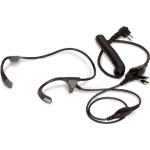 Choose the PMLN5003 boomless lightweight temple transducer with in-line microphone and 2 prong connector. Adjustable for use on long shifts. Not suitable for high noise environments.

The RMN5114 is the correct choice. Although it uses a similar sized 2 prong connector like the PMLN5003, they will not fit the jack.

This site uses Akismet to reduce spam. Learn how your comment data is processed.